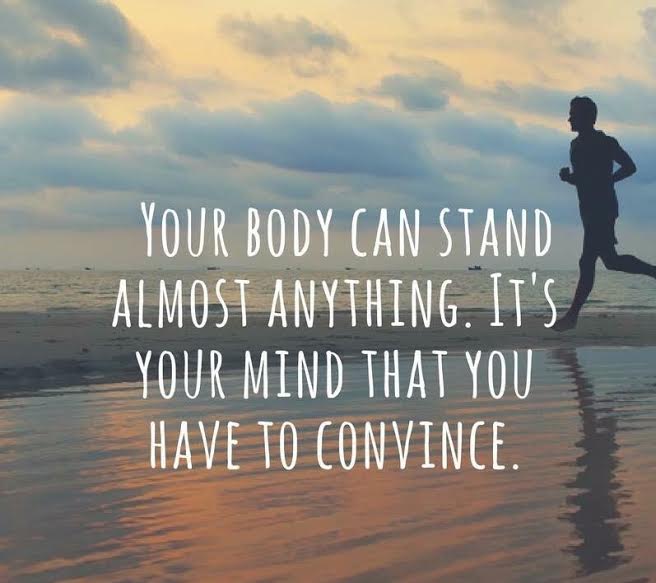 Today is just one of those days. Everything isn’t bad, but I sure can’t say it’s particularly good either. I woke up before any alarms were going off and before I usually have been waking up since I’ve had the surgery. And boy was I grumpy! I don’t remember having a bad dream, but I would put money on the fact that I must have because these moods aren’t usually how I wake up. At least when I am not in a huge amount of pain that is. I did manage to fall back asleep for a couple hours and when I really woke up, thank god I was in a better mood! Chris also made me a yummy breakfast and these days I get breakfast in bed EVERYDAY. That is a really special thing that I am soaking up while in recovery. It comes on a tray and all!

Next up shower time! Someone is home, so I can finally shower. We have a shower with a bath tub so I can’t walk in nor can I lift my right leg high enough to put it in the shower with the rest of my body. We also have sliding glass doors not a shower curtain so I am left to sit in the far half of the tub.  I require the commode to be in the shower so I can be seated, the shower head to be taken out of its holder and just dangling, a beach towel on the ground since my right leg has to stay out and my crutches in an arms reach away. All the bath products I need are on one end of the shower so I can reach them. The only part I haven’t figured out is how to shave my right leg, otherwise I can shower myself. Yay for a wee bit of independence!!! It’s the small things! I don’t know what’s going on with my body, but I have been really shaky post-op. They have gotten better, however some days are worse than others. I have to remind myself that I have had spinal cord surgery recently too. Today I’ve been more jerky with some movements and let me tell you that does not bode well when showering yourself. I dropped the razor no less than six times! Every time needing help picking it up. Ugh! I know it doesn’t sound like much, but these little things start adding up in a day or let’s say nine months and sometimes it’s too much for me to handle. However, I haven’t lost it yet…that’ll come later!

I did finish my shower and it felt oh so good to be so fresh and so clean! I dried off, got up on my crutches, took one step and the crutch slid across the bathroom floor as did my op leg. Then in my last ditch effort to not actually fall on the ground, I took a step on my op leg that is non-weight bearing currently. First illegal step for me! First bad slip and almost fall since surgery. I’m for some reason not freaking out and I know that my hip is ok. But I was crying because man that hurt like hell!!! An extra dose of pain meds for me unfortunately.

Fast forward a couple hours and I had finished half my vietnamese coffee and it’s lovely side effect was in action! Now I don’t think I want much of my bathroom life on the inner workings of the web so I’ll let you figure that out… but I will say for the all natural, no pharmaceutical peeps out there, vietnamese coffee is your answer! I did not have time for someone to put my commode back over the toilet. Let me emphasize that I knew it was not over the toilet, but for whatever reason I reached back to find the handles (which weren’t there) and fell a long way down onto the toilet. What the heck? I knew my raised seat with the glorious handles weren’t there! My poor hip/butt is having a rough day today. Just so you’re not left hanging, yes the trip to the toilet was at least successful! And that kind of success these days, counts for A LOT!

I decided to spend the rest of the day in bed in hopes to not hurt myself any further. Let’s be honest, I’ve had enough “outings” for the day. Haha! So while I was resting and icing, Chris went to the gym. Five minutes after my pain med alarm went off and the meds were taken, I decided I was done icing. I removed the ice pack from my rear and off came my first steri strip and I was bleeding. Ahhhhhhh to this day! My first sort of emergency happened with no one around. I called a friend in hopes of reaching her. No such luck! Insert water works here! I’d reached my limit for the day and I officially lost it. Of course because today is today, it’s the one arthroscopy hole I can’t see on my own. From the fuzzy camera view on my phone, it looked like there was a reopened gap. I got out of bed to try to see it in the big mirror and attempt to fix it alone. I dropped the last steri strip I happened to have. Of course! My “grip ‘n grab” was not close enough to help me pick up the strip. So I bent down to pick up said steri strip and in a position I’m not allowed to be in and boy did my body tell me so too! I slapped it on in the mirror in a position that threw my neck into a flare up. I’m hoping it’s even in the right spot considering I haven’t seen my back body in some nine months. I got back in bed to sit on the ice pack and just prayed that I wasn’t bleeding through my pants and into the sheets. All of this at it’s only 2:30pm.

I text this fun little story to Chris for some fun treadmill reading and bless his heart, he offered to come right home. I would never allow that though! I told him he better be working out for the both of us right now! When he got home, he had bought me a new pack of steri strips and a Lucky Streak lotto card. He likes to give me these when I’m having a bad day. He said, “you can’t be unlucky forever!” Thanks love! 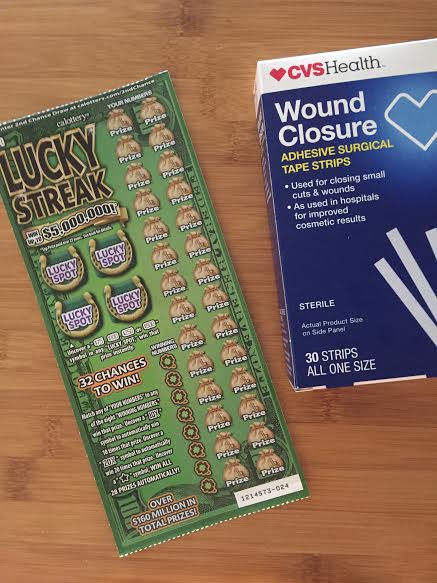